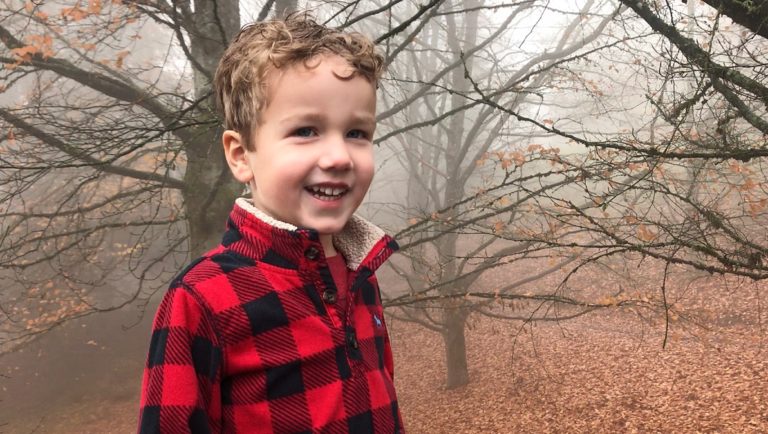 Our journey started when Balsam was two and a half. He was doing yoga in our living room. As he bent himself into downward dog, his body became rigid, he collapsed, and started shaking. We called 911. He was rushed to the hospital. The ER doc told us that it would probably never happen again. And then it did. And again. And then we started to notice other changes – the addition of small generalized seizures. For a while, I was the only person who could see them. Eventually I caught some on video and our neurologist agreed to an EEG. The EEG showed lots of activity. He started sleeping all the time, looked sad, and clung to me constantly. Balsam’s TCs were atypical – they had focal elements. Because of this, none of the three neurologists we saw landed on Doose. We waited over 7 months for a diagnosis, and finally got one when we were referred to our epileptologist. We got one more EEG to confirm and landed on a treatment of MAD plus VPA. Balsam is not seizure free but he is making noticeable developmental gains and most importantly, he seems happy again.